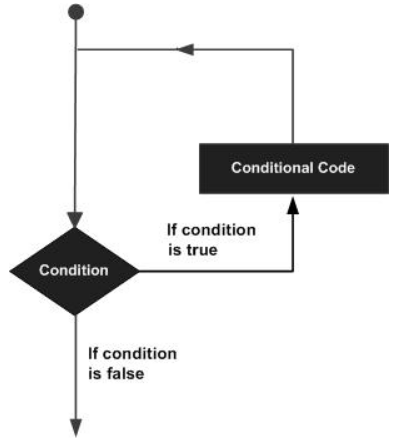 while loops will loop continuously, and infinitely, until the expression inside the parenthesis, () becomes false. Something must change the tested variable, or the while loop will never exit.

A for loop executes statements a predetermined number of times. The control expression for the loop is initialized, tested and manipulated entirely within the for loop parentheses. It is easy to debug the looping behavior of the structure as it is independent of the activity inside the loop.

Each for loop has up to three expressions, which determine its operation. The following example shows general for loop syntax. Notice that the three expressions in the for loop argument parentheses are separated with semicolons.

C language allows you to use one loop inside another loop. The following example illustrates the concept.

It is the loop having no terminating condition, so the loop becomes infinite.